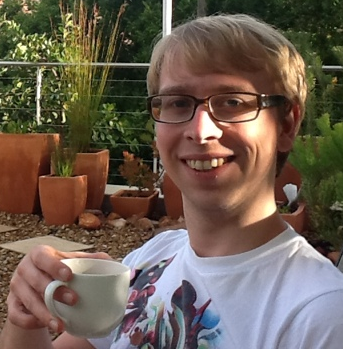 During 2011, my research has been aimed towards microbial communities, and how these c0mmunitites cope with various selection pressures, primarily those posed by toxicants in the environment. The year has seen the finishing of one project that has been ongoing since 2008, relating to the distribution and diversity of detoxification systems in the global ocean environment, based on Global Ocean Sampling data. This manuscript is now ready for publication and will be submitted any day. I have also been deeply involved in a project working with marine biofilms – periphyton – and the genomic content hosted by them. As part of this project, I have been involved in the development of one published bioinformatics tool – Metaxa – and one tool that is soon to be publicly unveiled.

In my main project, started in April this year, I am studying microbial communities under varying selection pressure from antibiotics, in a variety of environments. We are still awaiting sequencing data from these samples, and have several more interesting experiments planned, so I am sure 2012 will be an exciting year for large scale data analysis of microbial communities. This project is supervised by Joakim Larsson and Erik Kristiansson, who I will be working with for the next four years.

In publications, there is a lot in the pipeline, but the only thing I managed to squeeze out before the new year was the paper on the bioinformatics tool Metaxa, designed to find SSU (12S/16S/18S) sequences in environmental sequencing data, and classify them according to taxonomic origin. There is a paper on marine detoxification systems, and one on another bioinformatics tool ready to be submitted, so it looks like 2012 will be a more productive-looking year than 2011 for me. In addition to the Metaxa paper, I have also finished a masters thesis, and produced a Metaxa poster, presented at two occasions.

The year ended with a Christmas celebration in South Africa with my family, which was great, but now it actually feels pretty good to be back at work, ready for another exciting year!