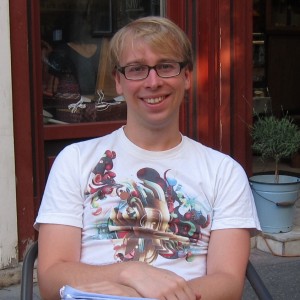 During 2012, I have mainly been working with the impact of antibiotic selection pressure on environmental communities – from many different perspectives. I have published two papers during the year – one on the software tool Megraft, and one on guidelines for quality control of ITS sequences. Somewhat disappointing, neither of the GOS paper and the periphyton paper is yet out – sometimes the publication wheels turn extremely slowly.

However, I have had the opportunity to present my work on various conferences, e.g. I had oral presentations on this year’s ISME conference in Copenhagen, and on the SocBiN conference in Stockholm. I have also brought posters to a number of other occasions.

Upcoming publications in the pipeline include a paper on a software tool for improved ITS sequence detection and extraction, but also the antibiotic resistance work I have been doing for the last year will start to bear fruit in 2013.

A very nice thing that happened during the year was the group secured 25 million SEK (~2.5 million EUR) in funding over five years for a collaboration project on antibiotic resistance and metal/biocide resistance coselection (INTERACT). This will bring us closer together with the Hans Blanck, Dan Andersson and Mats Tysklind groups, which most probably will be welcome interactions. We have also started up the Gothenburg Bioinformatics Group for PhD Students (GoBiG), which has spurred very interesting discussions among the people working with bioinformatics in Gothenburg. Hopefully, the group’s activities will continue and broaden in 2013.