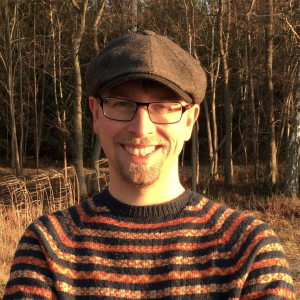 During the first half of 2015, I spent most of my time taking care of our daughter who turned one this spring. Working 20% for about six months has taught me that 1) working 20% in academia is generally not possible and is therefore a bad idea; 2) supporting three different software packages while working 20% is even less possible; and 3) parental leave is fantastic. Thanks to patient, productive co-workers, and an understanding family, it has still been possible to both publish some papers and supervise a master student.

This year have seen the publication of several important papers in which I have been involved. First, in February, the paper describing the Metaxa2 software was published, after a rather length review process. This paper not only describes an important update to the Metaxa software, but also shows that Metaxa2 outperforms other commonly used tools for community analysis based on shotgun metagenomic sequence data. Judging from the number of questions I have received about the Metaxa2 software, I think it has been quite well received in the community. Particularly, I got a very nice e-mail from Australia, which essentially only contained a “thank you” for the software; an e-mail that certainly made my day!

In March, two papers in which I played a minor role came out. One described the European technical report for aquatic monitoring, to which I wrote the parts on metagenomics and sequencing. The other described the ITS chimera control reference dataset now deposited in the UNITE database.

Late December 2014, José Martínez, Teresa Coque and Fernando Baquero published an opinion paper in Nature Reviews Microbiology on ranking the risks associated with antibiotic resistance gene findings in metagenomes. Although myself and Joakim Larsson thought this was a rather good paper, we disagreed on the relative risk rankings and therefore wrote a response letter to Nature Reviews Microbiology, which was published in April. In our response we outlined that the potentially disastrous consequences that transfer of previously unknown resistance determinants from the environmental resistome to pathogens could have are often under-appreciated. We also stressed that the abundances of resistance genes, and not only their presence, should be accounted for when estimating risks.

In August, we published our findings that travel does not only contribute to the spread of ESBL resistant bacteria, but also to dissemination of a range of other resistance genes. Although this has been suspected for quite some time, the scope of resistance carrying in healthy individuals has been unknown. The study generated quite a bit of buzz, and we were interviewed both on Swedish national news, and on a local radio program where I got to speak at length about the issue. The paper was also discussed a lot on Twitter.

Towards the end of the year two more papers got published. The first described the metagenomes of marine periphyton communities, a project that started off as my master thesis in 2010. The second described the co-selection potential between resistance genes against antibiotics, biocides and metals, based on data from fully sequenced bacterial genomes and plasmids.

My most important contribution this year, however, may be the paper published most recently, in which we predict concentrations of antibiotics that would not be selective for antibiotic resistance. The paper provides upper boundaries for selective concentrations (MSCs) for 111 different antibiotics and predicts the no effect concentrations (PNECs) for resistance selection. We intend the paper to be used as guidance for implementation of compound-specific emission limits, and hope that the data will be of great use in environmental risk assessments, in efforts by industries, regulatory agencies or purchasers of medicines to define acceptable environmental emissions of antibiotics, in the implementation of environmental monitoring programs, for directing mitigations, and for prioritizing future studies on environmental antibiotic resistance.

Papers aside, I also released additional software to the community: the Metaxa2 Diversity Tools included with Metaxa2 version 2.1 and later, and the FARAO genomics visualization toolkit. I went to two conferences this year; the EDAR3 conference in Germany, and the Swedish Bioinformatics Workshop in Stockholm. Both were truly great events, and I already look forward to the next iterations of them!

So, what will happen in 2016? Well, I have two papers in revision – one on experimentally determined minimal selective concentrations that relates nicely to my last paper published in 2015; and one on the Helicobacter pylori in vivo (meta-)transcriptome. Late this spring I will defend my PhD thesis, so much of my focus is at finishing the thesis at the moment. There are rumors that Michael Gillings will pay a visit to Gothenburg, which would be awesome. Finally, there’s a large bunch of papers waiting to be finished, so there are many reasons to believe that 2016 will be an exciting and productive year!